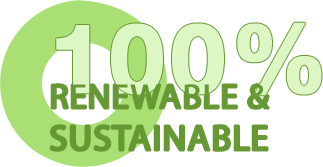 Pannonia Bio's ethanol goes to market mostly as a climate friendly substitute for petrol in the transport sector, while reducing CO2 emissions by close to 70% compared to fossil-based oil, and this is steadily getting better.

It works in today's cars and today's fuel distribution system, and takes part of the energy production out of the hands of powerful centralized organizations.

As a fuel, ethanol allows engines to run leaner and cleaner, reducing exhaust pipe pollutants and 'aromatics', the lightest fractions of petrol that are toxic and carcinogenic.

What doesn't go to transport goes to the chemical, cosmetics and beverage industries. There is tremendous potential for use in the future of Pannonia Bio ethanol in the biobased materials sectors, for packaging, coatings and film applications.

Sugar to ethanol fermentation represents mankind's earliest success in biotechnology. It’s most frequent use throughout history was as a variety of different alcoholic drinks, utilizing its strong psychoactive properties.

However, in the mid 19th century, Ethanol began to be used for a very different purpose. Initially, it’s flammability made it a useful lighting fuel; but by the time Nicolaus Otto developed the four-cycle combustion engine, it was clear that ethanol could be a far more powerful type of fuel.

Ethanol met with severe difficulties in the America, first as it was heavily taxed to pay for the Civil war and subsequently due to prohibition. However, it remained a key technology in the development of motor transport.

Ethanol fuelled Henry Ford’s Model T vehicle and it was in high demand in Europe during the World War II Fuel shortages.

The modern Ethanol industry began in the 1970’s. Petroleum fuel became expensive at this time and increasing environmental concerns created the need for an octane. Corn has since been the primary feedstock in the production of Ethanol.